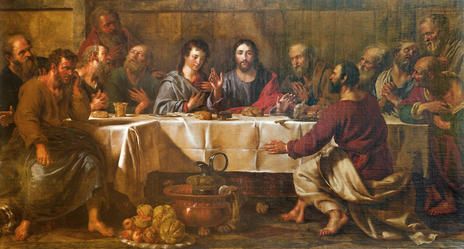 Canadian-Israeli documentary-maker Simcha Jacobovici and York University religious studies professor Barrie Wilson have published “The Lost Gospel,” based on “an ancient manuscript in the British Library that offers a glimpse at an early version of Christianity radically different from the faith practiced today,” the Associated Press reported. Among the most controversial claims in the book is that Jesus married Mary Magdalene and had two children with her.

“Before anyone gets his/her theological back up, keep in mind that we are not attacking anyone’s theology. We are reporting on text,” The Jerusalem Post quotes the authors.

However, the Israeli paper notes that the “text” in question is the “Ecclesiastical History of Zacharias Rhetor,” written on animal skin and brought to England in 1867. “At the time, scholars who read and studied the text deemed it to be untrue and insignificant in Christian history,” the paper said.

Both Jacobovici and Wilson have controversial pasts. Wilson’s 2008 book, “How Jesus Became Christian,” claims it was the Apostle Paul who transformed a Jewish teacher named Jesus into a Christian messiah. Jacobovici, who created a TV program called “The Naked Archaeologist,” has made several controversial claims about finding ossuaries alleged to contain the bones of Jesus and his family.

Those claims have been widely denounced and are now the subject of a legal dispute between Jacobovici and Joe Zias, a former Israeli archaeological curator, according to Time magazine.

In promoting this latest book, Jacobovici acknowledges the claim of Jesus’ marriage is controversial: “But that’s the least of it. To me, it’s obvious that a first-century Jewish rabbi such as Jesus would marry and likely father children,” he told Toronto’s Globe and Mail newspaper. “But our book is not an ancient version of (author Dan Brown’s) ‘The Da Vinci Code.’ It goes way beyond that.”

Writing at The Daily Beast, Notre Dame professor of New Testament and early Christianity Candida Moss says Wilson and Bercovici not only go “way beyond” the Dan Brown novel, they also surpass their own source material.

“There’s just one small problem with the Jacobovici-Wilson theory,” Moss wrote. “Jesus and Mary are nowhere in the manuscript. It’s one version of a well-known ancient novel called Joseph and Aseneth, which discusses the life and times of the biblical patriarch Joseph (of technicolor-dreamcoat fame) and his relationship with Aseneth, the Egyptian woman he marries in Genesis 41:45. Not to be a killjoy fact-checker, but this does seem like an important detail to get right.”

Writing at his blog, archaeologist and scholar Robert Cargill of the University of Iowa said, “The Lost Gospel is neither ‘lost’ nor a ‘gospel.’ Scholars have known about and have studied the Syriac version of Joseph and Aseneth, located in the British Museum, for a very long time. … Simply employing symbolism does not an allegory make.”

South Africa’s Independent Online also took a hard line on the book, reporting of the work’s critics, “(t)ypical is Diarmaid MacCulloch, professor of the history of the church at Oxford University. He says the ‘lost gospel’ claims sound ‘like the deepest bilge.’ adding: ‘I’m very surprised that the British Library gives these authors houseroom.’ ”