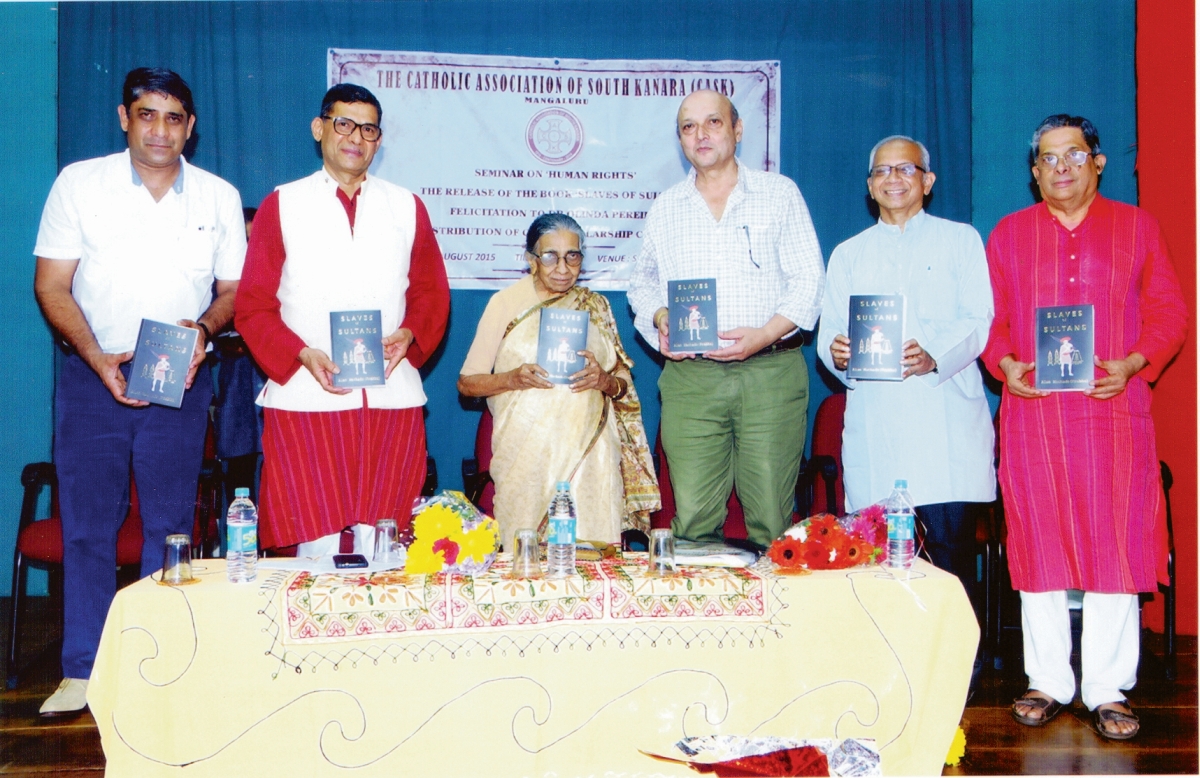 Two Muslim rulers of yore, known for their controversial rule, are presently in media and public focus. The first is Abdul Muzzafar Muli-ud-Din Muhammad Aurangzeb, sixth Mughal Emperor (1618-1707) after whom an  arterial road in New Delhi had been named. Now it is renamed after APJ Abdul Kalam, India’s erstwhile popular President who died recently.  In the context of BJP’s ascendency in Maharashtra, there is a strong move to rename Aurangabad after some Maratta personage. The second is Tipu (also Tippu, Tipoo) Sultan (1760- 1799) who ruled the Muslim Mysore kingdom (sultanat-i-khudadad), founded in 1762 by his father, Hyder Ali, from 1783 (on the death of his father) to 1799.

He comes into renewed focus now because his heritage armoury building is being shifted to make place for expanding the railway lines. Also, because of the move to establish an university to be named after him. Focus on him is set to increase, especially among historians, academics and scholars, because of the recent publication of a formidable book, centred on him, titled “Slaves of Sultan” by Alan Machado (Prabhu) which was recently released in Mangalore under the auspices of Catholic Association of South Kanara (Co-published by Goa1556, Saligao 403511 and ATC Publications, PO Box 844, St Mary’s Town, Bangalore 560081; pages 431; Rs. 500). It has an expressive cover and is elegantly printed.

Alan Machado is no novice to writing, especially historical. An engineer by profession, Alan belongs to the Machado Prabhu family, ganvkars of Aldona in Goa who emigrated to Mermajal (Omzur), near Mangalore circa 1680. The family was taken captive to Srirangapatna by Tipu in 1784. Only Joao survived. Alan’s interest in the traumatic history of his family has led him onwards, as noted in the publisher’s blurb, through a long journey of which this book is the latest and most comprehensive. His earlier books, which have established Alan’s credentials as a research-centred author, are “Saraswati’s Children”, a history of Mangalore’s Catholic community of Goan origin, “The Captivity of 1784” and ”Shades within Shadows”, a novel.

The setting of Alan’s book is marked by turbulent, violent events, by intrigue and double-crossing, treachery and pathos. The style and presentation is brisk and page-turner. The so many parties involved in so many violent encounters of wars and battles have been organised into readable whole. A couple of extracts given below reflect the style and flavour of Alan’s crisp prose. Here, for instance, is how he ends his preface:

“In quiet moments of reflection, as in a dream, I see my last Prabhu ancestor passing the ruins of the temple where he once worshipped, and feeling a twinge of guilt for abandoning the gods of his forebears. Then I see a teenaged Joao, circumcised and at drill in the distinctive bubry uniform of the laskar-i-ahmadi, on the grand parade ground of Srirangapatna. I see him look sadly towards the palace and minarets of the Great Mosque of the state that enslaved him, and weep, at night, bitter tears for the family and home that were taken away from him. That vision fades and another appears: a young man hardened by 15 years of loss and exile standing before the house that was once his home and now occupied by others, and again before the ruins of the church that once stood on the little hill at Omzur, staring silently. Then the obscuring mists of time return and blanket it all. And I brush away a tear that wells up and blurs the sight and begin to write in order to exorcise the ghost of yesteryears still hovering overhead.”

It is in this spirit that Alan dedicates his book “to history’s numberless, nameless victims. Enslaved by alien peoples and ideologies, by sultan’s of their little worlds”. But, these sentiments do not sway him from his quest for presenting an historic account devoid of personal bias. As I read the book I marked several passages for inclusion in this review. But, reasons of space prevent me from feeding the readers with moving passages except one more.

Tipu’s rule is marked by interaction with Catholic clergy as friends and foes, including Fr. Joachim Miranda (who introduced Monthiche Fest in Kanara from his Monte mariano –Farangipet- base) and Bishop Noronha who “was born in 1720 in Goa. Joining the Franciscans at the age of 16, he was posted to Mylapore where he was expelled from the order. More comfortable and adept in the shadowy world of political intrigue, he proceeded to Pondicherry  and claimed to be related to  Governor Dupleix’s wife…Dupleix sent him to Mylapore in a senior administrative position in the rank of corporal of native troops and the task of spying on neighbouring Madras. Captured by the English, he was sent prisoner to England but released there due to the Anglo Portuguese alliance. He sailed to France where, on the king’s recommendation he was appointed bishop of Halicarnassus in March 1751. Back in Pondicherry, he involved himself in military-diplomatic intrigue on behalf of the French, using his religious cloak as an effective cover…Known as person of “greedy of Money”, Ananda Ranga Pillai, interpreter of Dupleix, writes: “the padre’s words are not to be trusted for he is a great liar”.

He warmed his way into the court of Haider Ali and became his camp follower. “At a camp one day, Bishop Noronha approached Hyder unsummoned while he was conferring with a dignitary from Srirangapatna. The visitor had occupied the bishop’s usual seat and when he rose to receive him, Bishop Noronha appropriated his seat, forcing him to move to another one. This breach of protocol angered Hyder. He began to treat the bishop indifferently, even denying him the privilege of stretching his legs in his presence. An insulted Bishop Noronha left for Goa.”

One concluding thought, however. There is a rustic local saying: When the she-buffaloes went in a procession, one following the other in a single file, each buffalo, except the one in the very front, teased the buffalo in front that it was marching stark naked. Alan seems to be saying this often to the earlier writers on the subject. One can’t blame him because he has to reconcile so many accounts by the earlier writers. His bibliography runs into 16 pages including family histories and notes. Alan has done an excellent job of reconciling the conflicting versions from the vantage point of his time advantage – following a string of earlier writers and documents available to him. His heady cocktail is replete with quotes and non-quotes from earlier writers with attribute at the end of every few sentences. Fortunately he has limited the number of footnotes; so the reader can proceed without much distraction. Also, he has included very relevant appendices including texts of treaties, Tipu’s own narrative of the deportation of the Kanara Christians, the much-quoted Barkur Manuscript, being a first-hand account of the Captivity by one anonymous escapee, and Fr Joachim Miranda’s (friend of Haider Ali and foe of his son who exiles him from his kingdom) account of the events since the death of Hyder Ali in1783. The book starts with nine pages of maps that trace the changing boundaries of various players involved in wars and peace treaties.

Veteran journalist and author, John B. Monteiro now concentrates on Editorial Consultancy, having recently edited the autobiography of a senior advocate, history and souvenir to mark the centenary of Catholic Association of South Kanara and currently working on the history/souvenir to mark the platinum jubilee of  Kanara Chamber of Commerce & Industry. He is also Editorial Consultant and content provider for Vishal Jagriti, the English monthly of All India Catholic Union, now published from Manggluru. 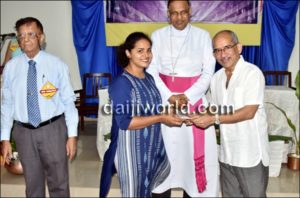 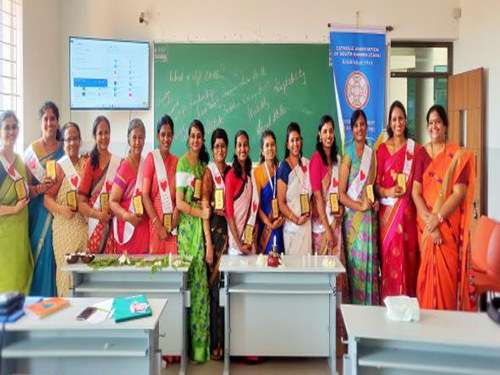