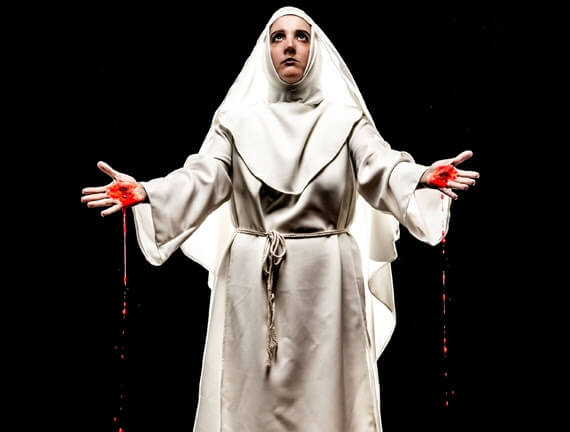 One of the most enduring and memorable scenes for a disciple of Jesus is that of the ‘ Last Supper’ which takes place on the evening before the crucifixion of Jesus. Several things take place during this very moving event: Jesus institutes what is regarded as the ‘mandamus’ (the mandate): “Love one another”, he reminds those around the table “ as I have loved you”. Jesus goes down on his knees and washes the feet of each of his disciples. He is fully aware that one of them Judas Iscariot will betray him shortly; however, he does not leave out Judas nor does he ‘ban’ him from the happenings of that eventful night. He washes the feet of Judas and he willingly shares with Judas the bread and the cup and while doing so he says “ the one who shared my bread has risen against me”. (Jn 13:18).

In his life on earth, Jesus very clearly shows us that his mission was inclusive. He welcomed sinners of every kind: those who exploited others to those who were adulterous. In all this, he took an unequivocal stand for truth and justice. He had no qualms in calling the powerful and vested interests “a brood of vipers” and “whitened sepulchres”. He identified himself totally with the victims of society knowing full well that it was they who needed someone to take up cudgels on their behalf. He was also sensitive; taking extra precautions not to hurt others unnecessarily.

‘ Agnes of God’ is an American film which was made in 1985 based on a play (written earlier in 1982) by John Pielmeier. The plot hovers around a young nun, her mysterious pregnancy and a dead baby. The nun insists that the child was of a ‘virgin conception’. Both the original play and the film did not seem to have “offended” people across the world all these years and even in Bombay when it was first staged some years ago.

Unfortunately, last week when the play directed by Kaizaad Kotwal was about to be staged there were some protests from certain individuals and groups, some even asking for the ‘banning’ of the play since it is apparently from ‘a wrongful portrayal of the character of lakhs of clergy who are committed to a life of celibacy’. Strangely if one goes through the script of the play and even the film which one can easily download from the net, one really wonders what this “wrongful portrayal” is all about. Those protesting against the play might think they have scored some ‘brownie points’ but on the flipside they may have done the play a world of good because now with the free advertisement provided, several will now have heard of ‘Agnes of God’; will surely download the film, buy a DVD and even want to see the play!

For a disciple of Jesus, the ‘ban culture’ should be something that one should desist from. Jesus took a stand on several issues of his time but he did not ban the women who brought their children to be blessed by him nor did he ban that sinful woman who wanted to anoint his feet with precious ointment. For those around him, some of these things were just not appropriate. Jesus reasoned this out with them, he dialogued, he asserted his point of view.

A disciple of Jesus is taught that every woman and man is created in the image and likeness of God. So when an adivasi woman is gang-raped, when Akhlaq is lynched in Dadri that is the time a Christian should be outraged. It is then that we are called to be visible and vocal just as Jesus would have done in his time; just as he would have done today. A Christian’s faith cannot be shaken by a mere play even if it is “offensive”. True, everyone needs to be sensitive about the belief of another; but calling for a ‘ban’ is just not the way.

Article 19 of the Constitution of India guarantees every Indian citizen the fundamental right to freedom of speech and expression. This same right also resonates in Article 19 of the Universal Declaration of Human Rights. We certainly have a right to protest but the question we need to ask ourselves is “what are we protesting about?”

Pope Francis has consistently been calling all Christians to be inclusive; to be able to create space for the ‘other’; to dialogue to the point of asking all Catholic Parishes in Europe to adopt at least one Syrian refugee family. Can we learn something from his words and witness?

In the recent past, we have witnessed and experienced a spate of bans all over the country. People want to ban what we eat and what we do; what we see and what we read; Indian girls ‘should not dress up like this’ or ‘should not be out late at night’; Muslims and Christians will not be permitted to enter a garba mandap in parts of Gujarat….the list is endless indeed! The ‘ban culture’ is symptomatic of a society becoming more fundamentalist, fanatic and fascist.

A healthy democracy has to promote freedom of thought and expression at every level and must have the courage to respect dissenting opinions and other voices. The only ‘ban’ that could be accepted on this freedom is a commitment to “ban the ban”.

One hopes at least the Christians in India will help promote and defend a society which is more tolerant, more inclusive and which protects the rights and freedom of every single citizen. Above all, as Christians we need to ask ourselves, if Jesus was physically around today, would he call for a ban on ‘Agnes of God’?