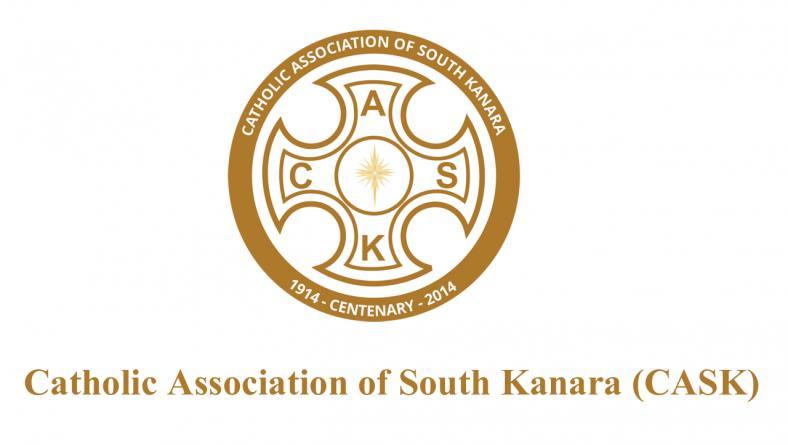 In the recent past on two public occasions I made the statement: `one man has made the difference to our Association’. Yes, I am speaking of Dr Derek Lobo, our immediate past President. Ever since getting elected as Vice President in 2007 and then on from 2010 until 2014 as President, Dr Derek has worked with the same zeal, passion and commitment throughout to promote CASK in every respect for the last seven years. Thank you Dr Derek.

Well, you may wonder how I got involved in this web? First, I got entrusted with the CASK Centenary (2013-14) Convenor’s assignment in early 2011 and then filled in as Hon. Secretary for 2012-2014 period. It has been a wonderful three year experience and taking the CASK team along for the Centenary year.

It is only on 8th September 2014, the Feast of the Nativity of Blessed Virgin Mary, circumstances made Dr Derek, Mr Mario Saldanha (Incoming Hon. Secretary) and yours truly to make an emergency trip to Bangalore as the formal Invitation to His Excellency the Governor of Karnataka and Hon’ble Chief Minister of Karnataka had to be extended personally.

It was on the return journey of 9th September 2014, I agreed to take up this coveted post of President – nineteen days before the AGM. So here I am trying to get organised with time management and prior commitments as we have many challenges to over-come and expectations to be met.

At the Valedictory Function the Vice President in his address urged the Association to focus on poverty alleviation and providing employment. Skill development was one of the solutions suggested. Our new Governor stressed that real happiness was by acts of charity and ‘Indians should be proud of their unity and diversity’. Our Patron, Bishop Dr Aloysius Paul D’souza, emphasized on getting more youth into the civil services of the country, emulating Mr Eric Gonsalves, a former top Diplomat of IFS, who was on the stage.

Well, the new CASK team plans to continue the Centenary Charitable Projects in equal measure in line to the guidelines mentioned above. We have earmarked seven Committees for this, with dynamic and energetic convenors as follows:

We take off with an Eye Camp at Badyar in association with the Fr. Muller Medical team on 16th November 2014. No organisation can run without the continuous support of its members. I appeal to you dear reader to give us a helping hand in whatever capacity you deem fit. Our aim and motto is to run CASK for the next two years and pass on the mantle in a better condition than we received, keeping its tenets pure and unsullied during our tenure. Let’s work together to lay a strong foundation to CASK for the second century.