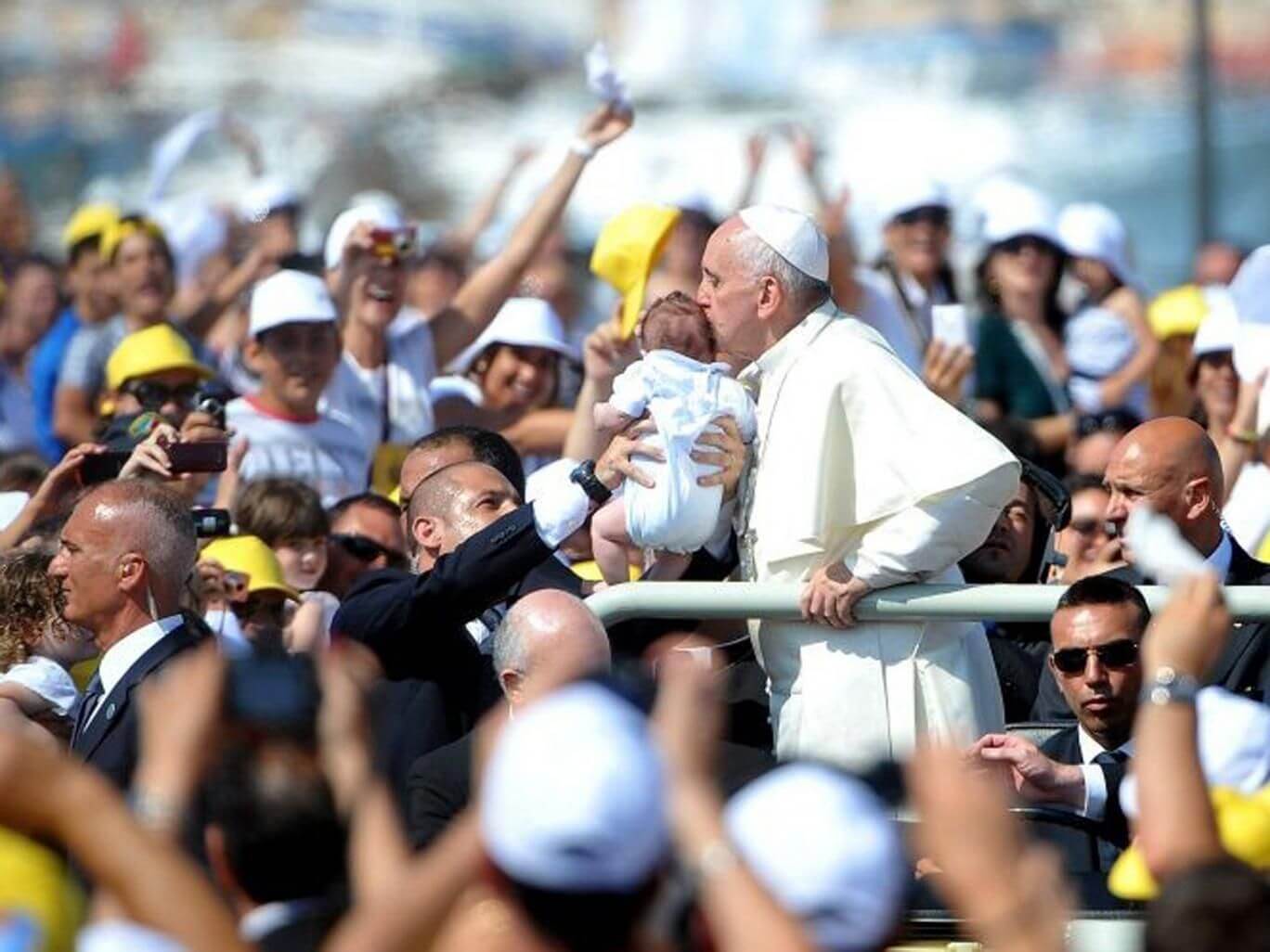 Pope Francis: ‘We have different cultures and religions, but we are brothers and we want to live in peace’

Pope Francis washed and kissed the feet of Muslim, Christian and Hindu refugees as a ‘gesture of brotherhood’.

The Pope denounced Tuesday’s terrorist attacks in Brussels as a “gesture of war” during an Easter week mass with asylum-seekers at a shelter outside Rome yesterday.

The Holy Thursday rite re-enacts the foot-washing ritual Jesus performed on his apostles before being crucified, and is meant as a gesture of service.

The Pontiff contrasted that gesture with the “gesture of destruction” carried out by the Brussels attackers, saying they wanted to destroy the brotherhood of humanity represented by the migrants.

“We have different cultures and religions, but we are brothers and we want to live in peace,” he said.

Several of the migrants wept as Francis knelt before them, poured holy water on their feet, wiped them clean and kissed them.

Male and female refugees took part in the ceremony, including Catholics from Nigeria, three Muslims from Mali, Syria and Pakistan, and a Hindu man from India.

The Vatican’s new norms have said that anyone from the “people of God” could be chosen to participate in the ritual.

“All of us, together: Muslims, Hindi, Catholics, Copts, Evangelicals. But brothers, children of the same God,” the Pope added.