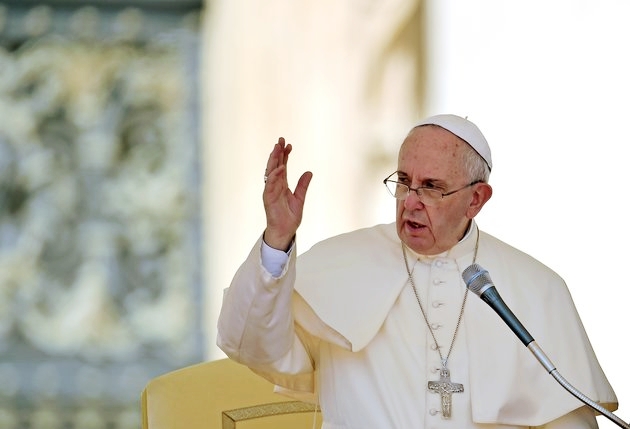 VATICAN CITY, Sept 1 (Reuters) – Pope Francis will give all priests discretion during the Roman Catholic Church’s upcoming Holy Year to formally forgive women who have had abortions, in the Argentine pontiff’s latest move towards a more open and inclusive church.

In Church teaching, abortion is such a grave sin that those who procure or perform it incur an automatic excommunication. Usually only designated clergy and missionaries can formally forgive abortions.

But from Dec. 8 to Nov. 26, during an extraordinary Holy Year or “Jubilee” on the theme of mercy announced by Pope Francis in March, all priests will be able to do so, he said in a letter published on Tuesday by the Vatican.

In the letter, Francis described the “existential and moral ordeal” faced by women who have terminated pregnancies and said he had “met so many women who bear in their heart the scar of this agonizing and painful decision.”

Francis is the first non-European pope in 1,300 years and has marked himself out for his tolerance regarding taboo topics. Although he has shown no intention of retracting the Church’s opposition to abortion, he has alarmed conservatives by taking a less forceful tone than his predecessors.

“This is by no means an attempt to minimize the gravity of this sin but to widen the possibility of showing mercy,” Vatican chief spokesman Father Federico Lombardi told reporters.

Deputy Vatican spokesman Father Ciro Benedettini said that “for now” the change would apply only during the Holy Year.

Usually only a bishop, missionary or the chief confessor of a diocese, known by the Italian term “penitenziere,” can formally forgive an abortion, Benedettini said. The pope’s letter did not mention people who perform abortions.

The Holy Year is one of the 1.2 billion-member church’s most important events, and sees faithful make pilgrimages to Rome and other religious sites around the world. It takes place every 25 years unless a pope decrees an extraordinary one to bring attention to a particular topic or need.

In his letter the pope also said Holy Year activities were open to adherents of the ultra-traditionalist Roman Catholic splinter group known as the Society of Saint Pius X (SSPX).

The Swiss-based SSPX, which rejects some of the reforms made at the historic 1962-1965 Second Vatican Council, defied Rome in 1988 by illegally consecrating four bishops, triggering their excommunication by the late Pope John Paul.

Pope Benedect lifted the excommunications in 2009 and made some concessions to the group. But one of the bishops, British-born Bishop Richard Williamson, caused an uproar by denying the Holocaust. (Additional reporting by Philip Pullella,; Editing by Raissa Kasolowsky)

The pope’s statement on abortion is below. The Vatican has posted his full letter on its website.

One of the serious problems of our time is clearly the changed relationship with respect to life. A widespread and insensitive mentality has led to the loss of the proper personal and social sensitivity to welcome new life. The tragedy of abortion is experienced by some with a superficial awareness, as if not realizing the extreme harm that such an act entails. Many others, on the other hand, although experiencing this moment as a defeat, believe that they have no other option. I think in particular of all the women who have resorted to abortion. I am well aware of the pressure that has led them to this decision. I know that it is an existential and moral ordeal. I have met so many women who bear in their heart the scar of this agonizing and painful decision. What has happened is profoundly unjust; yet only understanding the truth of it can enable one not to lose hope. The forgiveness of God cannot be denied to one who has repented, especially when that person approaches the Sacrament of Confession with a sincere heart in order to obtain reconciliation with the Father. For this reason too, I have decided, notwithstanding anything to the contrary, to concede to all priests for the Jubilee Year the discretion to absolve of the sin of abortion those who have procured it and who, with contrite heart, seek forgiveness for it. May priests fulfil this great task by expressing words of genuine welcome combined with a reflection that explains the gravity of the sin committed, besides indicating a path of authentic conversion by which to obtain the true and generous forgiveness of the Father who renews all with his presence.