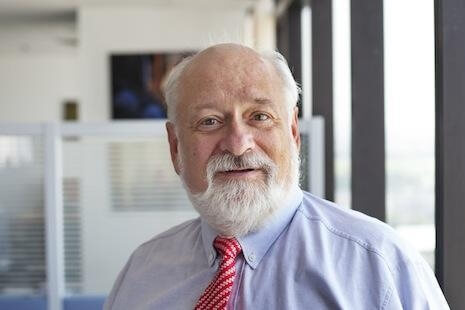 Missioners, migrants, international business people, diplomats and refugees all find that the experience of moving from one culture to another changes them. They remain themselves, yet find that they are themselves in new ways they may have never imagined possible. A Korean who lives in France does not become French, but learns new things about being Korean, hitherto-unsuspected potentialities of Korean-ness.

The process of entering that transformation is called “inculturation.”

That word was often used in Catholic circles after Vatican II, especially in terms of liturgy and mission, the twin activities that define the church. Catholics realized that like that Korean moving to France, the catholicity of the church could and should be influenced and reshaped by encounters with cultures around the world. Those encounters and that reshaping would help us deepen our understanding of what Christianity is, as we view it in new garb.

However, with the election of Popes John Paul II and Benedict XVI, modern and universal inculturation became suspect. Especially under Benedict’s re-Latinizing of the liturgy, inculturation in a single place, Southwestern Europe, and a single time, the late Classical period modified by the Medieval and Baroque periods, was to become once again the worldwide norm for Catholicism.

A ludicrous example of that occurred when a Japanese bishop tried to explain to a cardinal in Rome why the bishops of that country wanted to maintain the post-Vatican II practice of bowing before the altar instead of kissing it.

The cardinal responded that kissing is a sign of respect, and surely the Japanese bishops genuflect and kiss the ring of Japan’s emperor when they meet him. His Eminence was skeptical when the bishop said that is not the practice. In fact, a mutual friend confirms what can be seen in photos, that His Majesty does not wear a ring at all.

Eventually, when the bishop managed to convince the cardinal that the kiss is a solely sexual gesture in Japan, permission was given to bow instead, so long as it was “not a Japanese bow.” The liturgy commission of the Catholic Bishops’ Conference of Japan has spent several years trying to determine the difference between a Japanese bow and other cultures’ bending at the waist.

A less amusing result of the abandonment of inculturation was pointed out recently by an article that attributed the sudden steep decline in adult baptisms in the American Church since the imposition of the Latinate maltranslation of the liturgy to its alienating inability to attract people to Christ and the church.

In fact, inculturation, under the designation “incarnation” is the basis of Christian faith. God the Son inculturated himself as a human being in Galilee during the Second Temple period of Judaism under the Roman Empire. He spoke a rural dialect of Aramaic. He wore the same clothing as his neighbors. He had a common name. He worked at a trade. He worshiped according to the traditions of the people among who he lived. He shared the graces and the limitations of their culture. In Jesus, God has shown what we must do as well.

At the close of the Synod for the Family, Pope Francis declared inculturation an essential element of the church’s life and mission, bringing it back to its central place in the proclamation of the church’s faith.

“And — apart from dogmatic questions clearly defined by the Church’s Magisterium — we have also seen that what seems normal for a bishop on one continent, is considered strange and almost scandalous for a bishop from another; what is considered a violation of a right in one society is an evident and inviolable rule in another; what for some is freedom of conscience is for others simply confusion. Cultures are in fact quite diverse, and each general principle needs to be inculturated, if it is to be respected and applied.”

The pope clearly recognizes that such inculturation might highlight differences, but also that those differences might indicate new possibilities for proclaiming what St. Augustine called the “beauty ever ancient ever new.”

As the pope puts it, “Inculturation does not weaken true values, but demonstrates their true strength and authenticity, since they adapt without changing; indeed they quietly and gradually transform the different cultures.”

Of course, inculturation is not a blind acceptance of all the elements of a culture. The Gospel stands in judgment of all human creations. But, through an encounter between the Gospel and a given culture, the resulting tension can deepen our understanding of God’s will while calling anti-Gospel elements of the culture to conversion.

This is different from acculturation, when the Gospel is absorbed by a culture and is neutralized. Such, in fact, is what happened in Europe. How else in spite of some 1,800 years of Christianity could Nazism and Communism arise on that continent? That in itself is sufficient argument for seeking new non-European ways to show the world the Gospel.

We need to prayerfully, intelligently and sensitively inculturate our faith throughout the world so that all God’s People might recognize the joy of the Gospel.

Pope Francis’ restoring inculturation as an important aspect of the church’s life may become one of the most significant legacies of his papacy.

Maryknoll Father William Grimm is publisher of ucanews.com and is based in Tokyo.